Shuzo Takiguchi was born in Toyama and died in Tokyo. He was a poet and also a most influential art critic in post-war Japan. While he was studying at Keio University in the latter half of the 1920’s, he was deeply influenced by surrealism. Surrealism was defined by the French poet, André Breton as an artistic movement to release individuals from reality and consciousness using surrealistic subjects, such as unconsciousness, dreams or coincidence.
Takiguchi was the first Japanese poet to create surrealistic poems and the first surrealist in Japan. He also contributed to spread surrealism throughout Japan through translating Andre Breton’s “Surrealism and Painting” in 1930, etc. He wrote about the prominent surrealist Joan Miro in 1940, this was the first book on the Spanish artist.
Just before World War II, artists’ activities and expressions started to be restricted as dangerous philosophy. During World War II, Takiguchi was monitored by police until the end of the war.
After World War II, Takiguchi acquainted himself with young non-famous artists in the fine art, music and dance fields. He also wrote many reviews of new expressions by young fine artists, such as Shusaku Arakawa, On Kawara and Yayoi Kusama and gave them much support.
He also collaborated with artists in foreign countries. For example, he published 2 collections of his poems along with the artwork of Miro. He also supervised Marcel Duchamp Goroku (1968, Marcel Duchamp Analects). The analects were replete with pictures by Duchamp himself, Jean Tinguely and Jasper Johns.
When Toyama prefecture was planning to build an art museum in the 1970’s, the prefecture asked Takiguchi some advice as an art expert. That is the reason for The Museum of Modern Art, Toyama, which was the predecessor of this museum, with an emphasis on 20th century art. After he died, his wife contributed about 700 pieces of his works left in his study, such as paintings, printings and objets d’art (works of art) as well as toys, stones and shells that he used, etc. 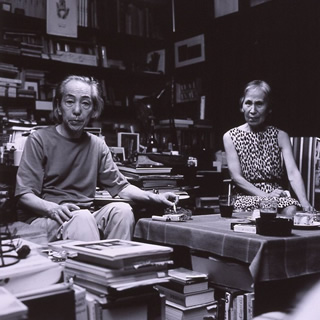 A pianist, Miyoko Yamane, the wife of the late Szymon Goldberg, contributed collections in 2006 that her late husband loved. The collections include 4 oil paintings, 4 watercolour paintings and drawings, 3 sculptures, 6 prints and 2 chairs, 19 items in total. These collections are highly valued because they strongly reflect Goldberg’s way of life.
He was offered the position of concertmaster for the Berlin Philharmonic, one of the best orchestras in the world by its Principal Conductor, Wilhelm Furtwängler when he was only 19. However, tragedy struck this young man who had such a bright future. The rise of Nazism forced Goldberg, who was a Jew born in Poland, to leave the orchestra and his family was sent to a concentration camp. He escaped death by a hairsbreadth, but he could reunite only with a few relatives after the war.
He moved to the Unites States in 1948, and restarted music as well as started gradually collecting artwork to broaden his artistic senses that he felt was necessary to be a well rounded musician.
Käthe Kollwitz, Paul Klee, Mies van der Rohe, Hans Reichel, Carl Rabus, Herbert Bayer―Many German names can be seen in his collections. Those artists lost their places for their activities as well as their homes due to not compromising and pushing back against the Nazis. Goldberg may have had a strong connection with those artists and the same spirit as them.
Goldberg suffered both mentally and physically during the war. The contribution of the collections also indicates Goldberg and Yamane’s yearning for peace and anti-war feelings. 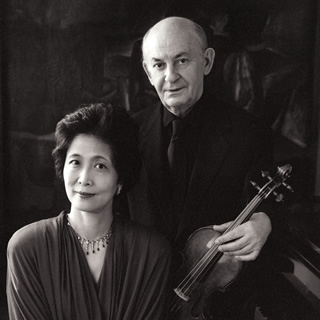