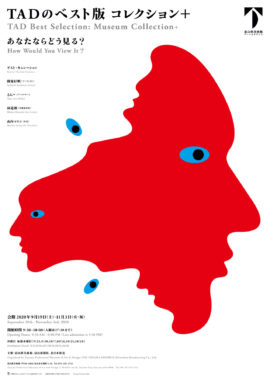 TAD Best Selection: Museum Collection ＋ How Would You View It? 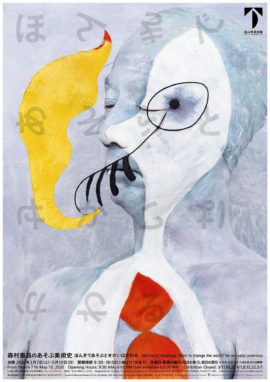 Morimura Yasumasa: Want to change the world? Be seriously unserious 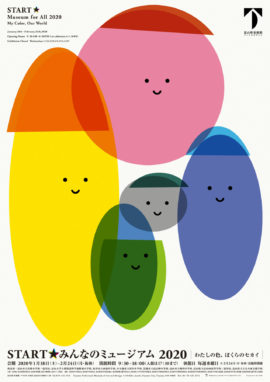 START☆Museum for All 2020 My Color, Our World 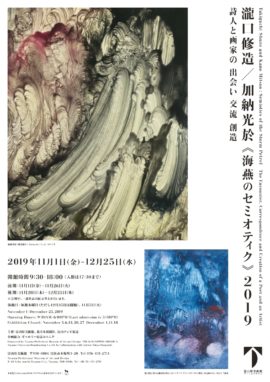 Takiguchi Shuzo and Kano Mitsuo : Semiotics of the storm Petrel The Encounter,Correspondence and Creation of a Poet and an Artist 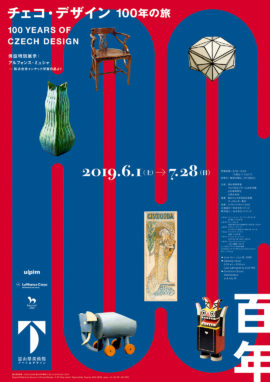 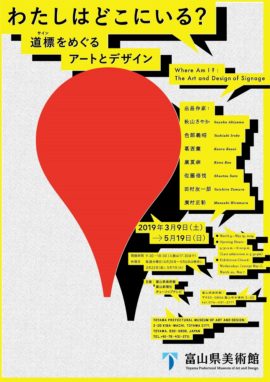 Where Am I? -The Art and Design of Signage 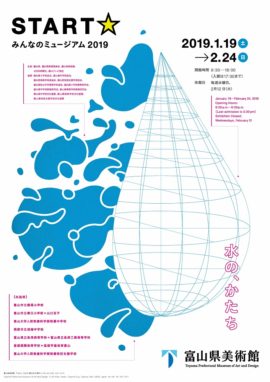 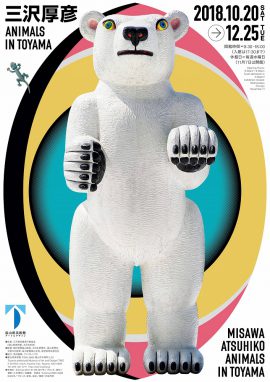 Exhibition Posters of Toyama Prefectural Museum of Art and Design

Ken Miki was born in Kobe in 1955. In 1982 he established Ken Miki & Associates. Throughout his career he has undertaken “design by talking” – developing a design by a process similar to speaking – and “design by listening” – designing by probing the origins of things. Working from an underlying theme of “becoming aware of awareness,” he infuses emotional communication into serene expression. His major works to date include: the kit for the 2003 Icograda Congress in Nagoya; promotion of the ThinkPad for IBM Japan, Ltd.; and logomarks for BELLE MAISON, Osaka University of Pharmaceutical Sciences, KEIKYU Department Store, and other clients. In recent years he has been developing his “APPLE” project about designing how to learn. A book introducing the project’s content has been published by Lars Müller Publishers of Switzerland. In 2015, he held the “APPLE+ Learning to Design, Designing to Learn” exhibition at ggg. Among the awards he has received to date are the JAGDA New Designer Award, Japan Typography Annual Grand Prix, Tokyo Type Directors Club Bronze Award, the IPT Silver Prize, 18th Yusaku Kamekura Design Award, and the New York Art Directors Club Bronze Award. He is a director of JAGDA and a member of Tokyo TDC and AGI. He currently serves as a professor at the Osaka University of Arts.
http://ken-miki.net 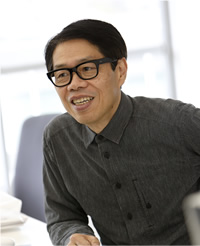 Special Exhibition Posters of the Museum of Modern Art, Toyama

The Museum of Modern Art, Toyama has published its special exhibition posters designed by the world-renowned graphic designer Mr. Kazumasa Nagai since the museum opened.
These posters, which have become a big feature of the museum and are so characteristic that you can tell them at once. As well as clearly showing contents of the exhibitions, they have featured Mr. Nagai's unique expressions and sophisticated finishing techniques. The posters have won many prizes at home and abroad. With the unique designs by Mr. Nagai, they themselves are impressive art works which play prelude to exhibitions before they start and, after exhibitions are over, make us to recall the exhibitions.
As far as we know, it is one and single case that one designer has designed posters for one museum for such a long period. The first one was for opening of the Museum of Modern Art, Toyama in 1980. Since then, Mr. Nagai has designed 249 posters over 36 years.