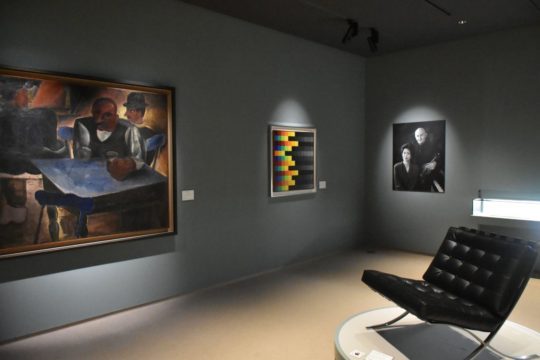 This is an introduction to works of art that were treasured by Szymon Goldberg [1909－1993], a violinist and conductor representative of the 20th century, and were donated in 2006 by his wife, Miyoko.
In this exhibit, you can see artworks which depict the interactions between Goldberg and Klee with the artists who were close to them, such as Paul Klee’s ink painting《Far North Town》 and the watercolor painting sent to Klee from Hans Reichel, an artist who looked up to and admired him, among others.