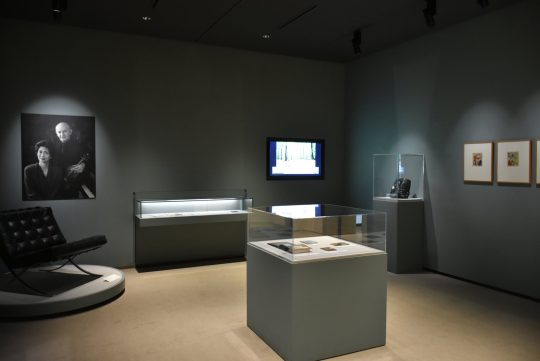 The works of art collected by Szymon Goldberg [1909-1993] and donated by his wife, Miyoko, in 2006 are introduced in this exhibition.

Born in Poland, the musician Szymon Goldberg led a turbulent life on account of his Jewish ancestry. Starting this season, a three-part series will focus on the artists who had an influence on Goldberg's life. The first part casts the spotlight on his relationship with harpsichordist Wanda Landowska, who was from the same part of the world, and follows Goldberg's early life and postwar exile in America.
This exhibition presents items concerning his American exile and interactions with Landowska, drawing on material owned by the Center for Music Research at the Tokyo University of the Arts, as well as contemporaneous works from the museum's collection. Explore the lives of two musicians who continued to pursue music despite the troubled times.