Masterpieces of the Pola Museum of Art: Impressionism to ÉCOLE DE PARIS 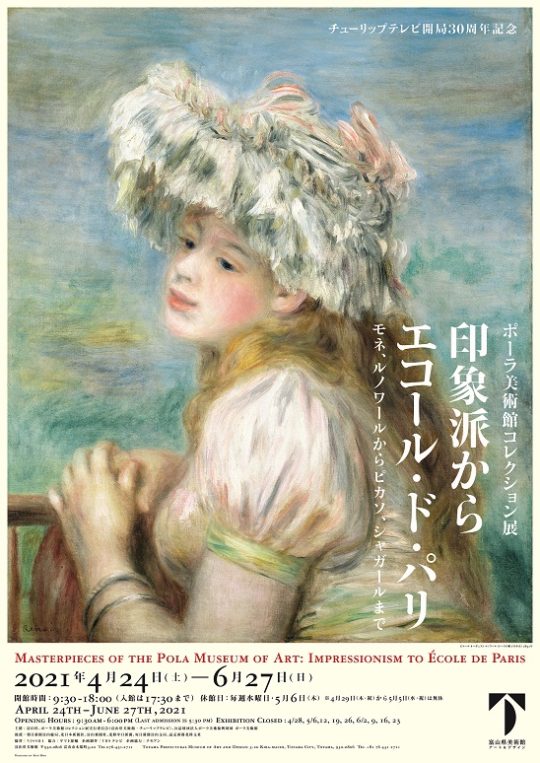 The Pola Museum of Art, was opened in Sengokuhara, Hakone inside Fuji-Hakone-Izu National Park in September 2002, under the concept of “symbiosis between Hakone's natural beauty and the works of art,” and it houses a diverse collection of over 10,000 works in total. The museum’s Western paintings collection is especially impressive for allowing visitors to comprehensively trace the evolution of modern Western art, from 19th century French Impressionism and Post-Impressionism to 20th-century paintings, making it one of the foremost Western art collections in Japan.

At this exhibition, titled 「Impressionism to ÉCOLE DE PARIS」, the Pola Museum of Art will introduce from its collection a careful selection of 74 paintings and 12 makeup tools by artists who were active in France, including Impressionists like Monet and Renoir, Post-Impressionists like Cézanne and Gogh, 20th-century painters like Matisse and Picasso, as well as Utrillo, Chagall, and others belonging to the ÉCOLE DE PARIS. Please come join us at the exhibition to enjoy aesthetics that were passed down through time and style in France, the place that enchants painters everywhere.