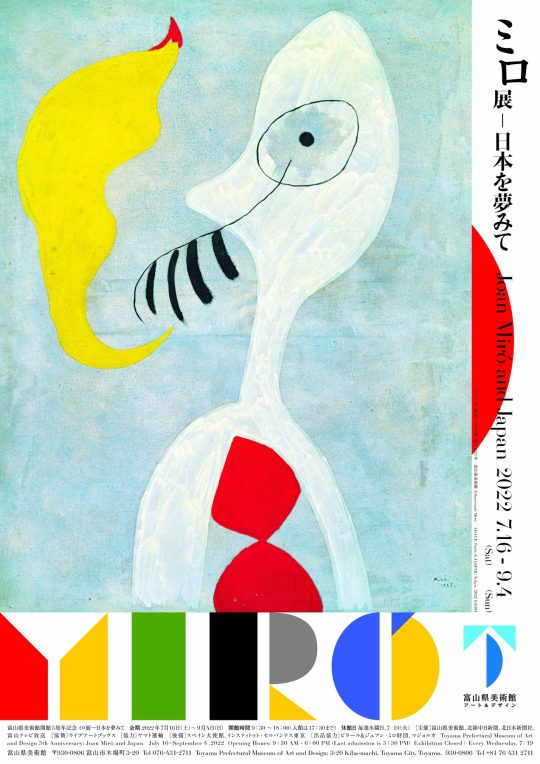 Joan Miró [1893 - 1983], an artist born in Barcelona, Spain. As one of the great masters of the 20th century, his name traveled far and wide, including in Japan. But what isn't so well known about Miró was that, as a young man, he had been fascinated with Japan, and was well versed in Japanese culture. Meanwhile, the works of Miró had been introduced to Japan in the 1930s, and with such events as the publication of a monograph of his works in 1940, before anywhere else in the world, the Japanese had become familiar with his art at an early stage. Ever since his first visit to Japan in 1966, Miró developed a deep and close friendship with Shuzo Takiguchi, a poet and art critic from Toyama Prefecture, with the two of them even having worked in collaboration on projects together.

This exhibition is the first to focus on the relationship between Miró and Japan. Through artworks collected from Spain, New York, and throughout Japan, as well as Japanese folkcraft pieces found in his studio, and a variety of associated materials, this exhibit will introduce the surprisingly deep and fascinating connections between Miró's artwork and the culture of Japan.